So we drafted in the remaining 2 members of the team – Mr Frackle & Frackle3 and we set off with a mission – firstly to finish the clearing of the plot and secondly to get the planting of the sweetcorn underway. Weapons of choice in hand, let the battle commence… 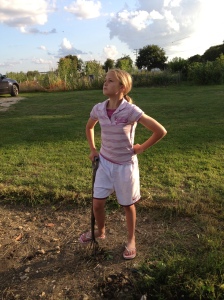 It took an amazingly short time to clear the remainder of the site – Mrs Frackle and Frackle2 had that done within 20 minutes of arriving and so it was on to the tilling of an area at the front of the plot so that we could begin planting.

Firstly though, as Mr Frackle got stuck in to the legwork (or spade work) Frackle2 decided a cleared plot was an ideal area for work on his javelin technique: 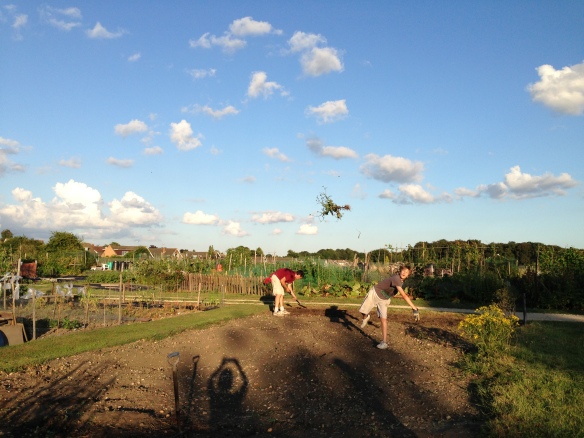 Thereafter it was back to the real job in hand and the first of our crops was officially introduced to our allotment – the ceremonial planting of the sweetcorn.

Things are looking a lot tidier now and I think we can safely say that this week has been a productive one. Onwards and upwards! 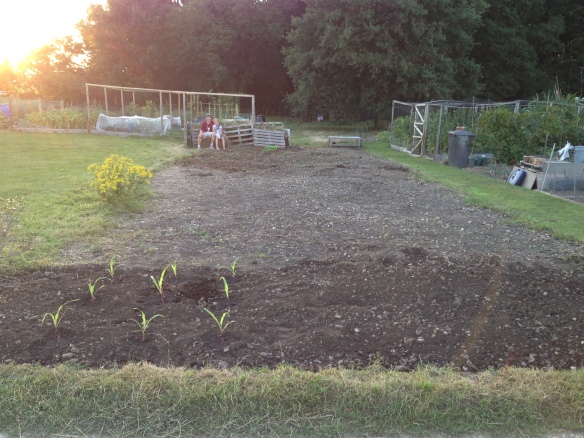